Maintenance and repairs staff blocked a road which is used as access for tankers getting in and out of the site. 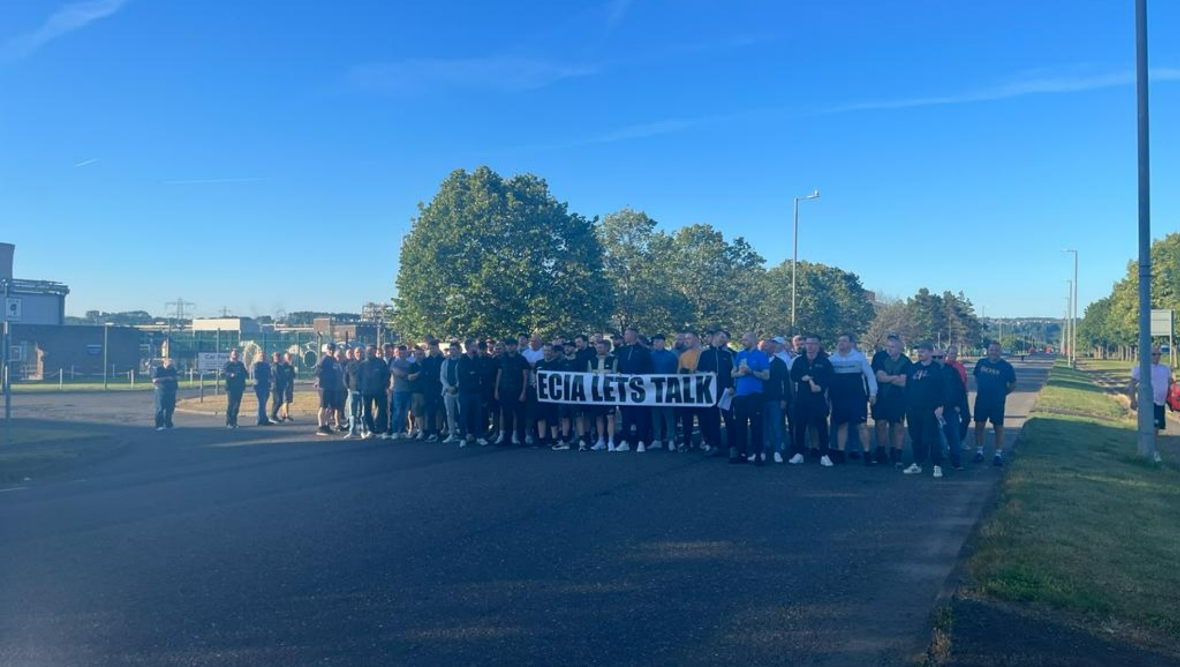 Around a hundred workers at Grangemouth oil refinery have walked out in a ‘wildcat strike’ over a pay dispute on Wednesday morning.

Maintenance and repairs staff, who are members of the Engineering Construction Industry Association (ECIA) trade union, blocked a road out side the Ineos building which is used as access for tankers getting in and out of the site after they walked out in the face of the rising cost of living.

Last year, workers at the refinery agreed to a pay rise of 5% over two years.

However, with inflation expected to rise to 11% by the next of 2022, they are now demanding to reopen the pay agreement to negotiate a higher offer.

The strike means that maintenance at the refinery could be paused, with production of oil and gas across the country being impacted.

Speaking to STV News last week, one worker said: “This isn’t the path we wanted to go down but we feel like we have no choice now.”

The road block protest caused tailbacks of traffic in the area.

Grangemouth is just one of six refineries in Britain and supplies two-thirds of the petrol and diesel for forecourts in Scotland.

It is understood that the workers intend to take strike action every second Wednesday until there are further talks on a new pay deal.

An Ineos spokesperson at the Grangemouth site in central Scotland said: “We can confirm that a number of contractors employed by third parties are taking unofficial industrial action at the Ineos Grangemouth site as part of a nationwide protest event.

“Our manufacturing and fuel distribution operations are unaffected.

“The site has a very good working relationship with the contracting companies and their employees at Grangemouth, including those operating under the NAECI agreement.

“We are disappointed that the protesters have chosen to use the Ineos Grangemouth site as one of their backdrops for their unofficial action today.”