Van Gogh Alive, which has already visited 75 cities worldwide, is set to open in Edinburgh on March 17. 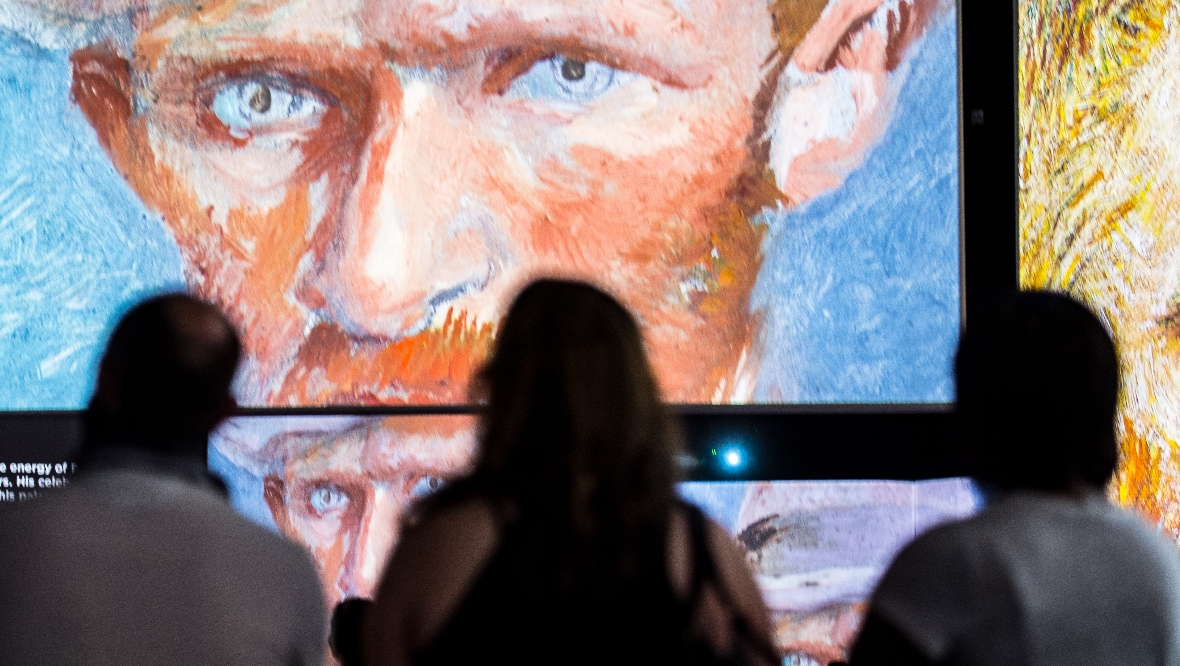 An immersive pop-up ‘4D gallery’ in Edinburgh city centre featuring the work of Vincent Van Gogh is set for its opening date.

Van Gogh Alive, which has welcomed eight and a half million visitors in 75 cities worldwide, will open at Festival Square on Thursday, March 17, for a four-month run.

The hit exhibition has also announced a partnership agreement with Johnnie Walker Princes Street, which will see both venues benefit from the joint footfall.

A temporary structure was constructed on the piazza off Lothian Road over the course of a month starting on February 14.

The transformed site will be home to the “4D immersive gallery” which will give visitors a “multi-sensory experience”.

Also included is a life-size recreation of Van Gogh’s famous Bedroom in Arles painting and a mirrored room with hundreds of sunflowers.

Dan Flynn, head of marketing for Van Gogh Alive, said: “There are various rooms to experience.

“The main gallery is where visitors can enter and be blown away by a multi-sensory experience in the form of 3000 images projected across 30 different screens.

“That’s accompanied by a classical soundtrack, and thirdly we actually diffuse the scent of Provence in the space as well.

“So there’s three senses which have been stimulated at the same time.

“It’s not a traditional style gallery where you feel like you have to tip-toe around.

“Van Gogh Alive is a kind of new way of looking at art.

“If people know about Van Gogh already, they’re going to have a great time.

“If people don’t, they’ll certainly leave with a new awareness of who he was and what his art is all about.”

Rob Maxwell, head of Johnnie Walker Princes Street, said: “Nobody would argue Edinburgh’s status as a global hub for arts and culture and attracting world-renowned exhibitions like Van Gogh Alive is further proof the city’s star continues to shine brightly.

“It’s fantastic to have such a wonderful experience only a stone’s throw from our own, and we’re looking forward to working in partnership with the team to ensure Edinburgh residents and visitors to the city have an unforgettable time with us both.”

Lorry smashes through stone wall and crashes onto railway line