The Prime Minister took the train from London to Glasgow on Wednesday. 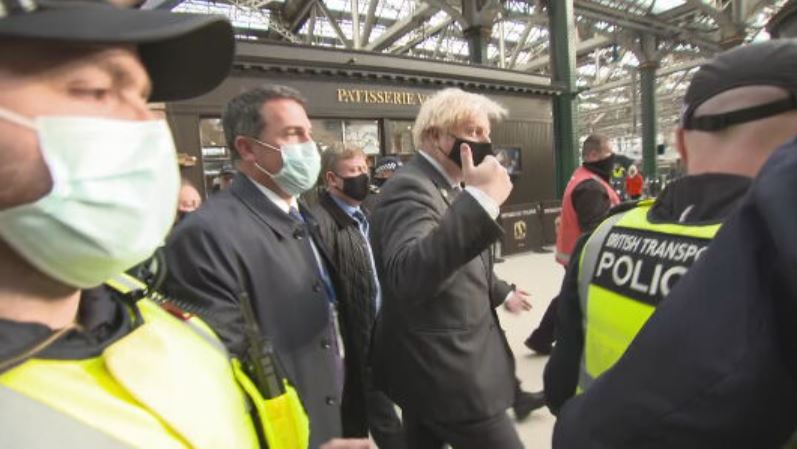 Boris Johnson has arrived in Glasgow as the COP26 summit reaches its final days.

The Prime Minister was escorted by police through Glasgow Central station on Wednesday after taking the train from London.

Ahead of his visit, Johnson had urged nations to “come together” for the planet and bridge any gaps to reach a consensus on tackling climate change.

A series of announcements are expected to be made on low carbon travel on ‘transport day’ at COP.

Johnson arrived in Glasgow amidst accusations of sleaze levelled against the Conservative party.

Owen Paterson resigned as an MP last week after Conservative MPs bid to to prevent his suspension for alleged lobbying by launching a review of the disciplinary process.

Meanwhile, former attorney general Sir Geoffrey Cox has come under fire after it emerged that he was paid hundreds of thousands of pounds to work for the British Virgin Islands inquiry.