Support packages being introduced by the Scottish Government will focus on those working in lower-wage jobs. 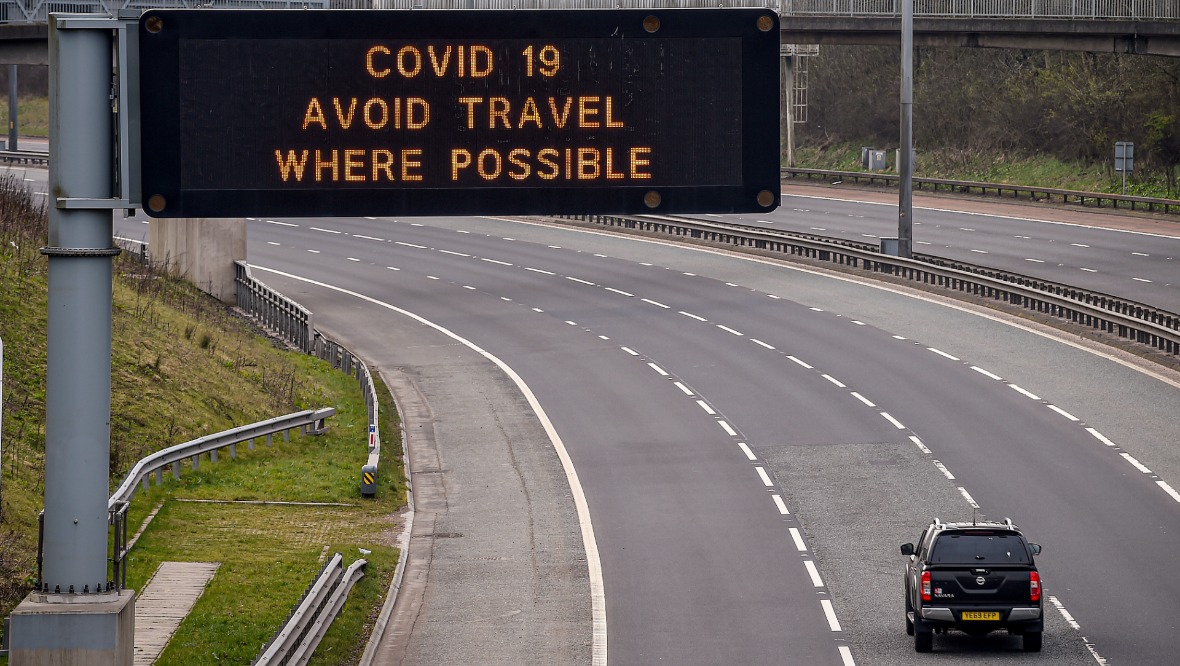 Financial support will be given to people who are asked to self-isolate as part of a raft of new measures being introduced to combat the spread of coronavirus.

First Minister Nicola Sturgeon said the support packages would focus on those working in lower-wage jobs.

She made the announcement during a coronavirus briefing in Edinburgh on Monday.

She said: “Self-isolation is a key tool in our fight against this virus, it helps us break the chains of transmission, so we must make it as possible as we can for people to abide by that advice.

“Nobody should be forced to choose between self-isolating for the common good and paying their rent and feeding their families – if that’s the choice people face, then it shouldn’t be a surprise to us that compliance levels are lower than we need it to be.”

Her comments come after the UK Government said people in England who refuse an order to self-isolate could face fines of up to £10,000.

In Scotland, police have the ability to issue fixed penalty notices of £30, rising to £60, for those who break restrictions.

Sturgeon said consideration is ongoing about bringing in large fines for those who break self-isolation rules.

Health Secretary Jeane Freeman said on Sunday she did not believe Scotland would move to the large fine route that England had taken.

She said: “We do not win people to comply with these kind of measures for the duration we need them to without offering significant support and understanding, what it is we’re asking people to do.

“Isolating for 14 days is a serious request in terms of people’s financial situation.

“We also need to understand very many people are in low-paid jobs, with fragile contracts, sometimes in really difficult circumstances, so we need to win people to this fight with us.

The penalties for those who refuse an order to self-isolate in England are in line with those for people who fail to quarantine for 14 days after returning to the UK from a country not on the list of low-risk nations.

Fines will initially start at £1,000 rising to £10,000 for repeat offenders and for “the most egregious breaches” including those who stop others from self-isolating, like an employer who asks a staff member to come into work in violation of an order.

The new regulations will come into force in England on September 28, although ministers are discussing with the devolved administrations for Scotland, Wales and Northern Ireland about extending them UK-wide.

Blackford: Bid to save PM has become ‘Operation Dog’s Dinner’

MSPs urged to improve care for those with muscle-wasting conditions

Scottish Conservatives seek guarantee that exams will go ahead

Edinburgh Bypass forced to close after bus went up in flames