The warning comes as a new strain of coronavirus is 'fast becoming' the dominant one in Scotland. 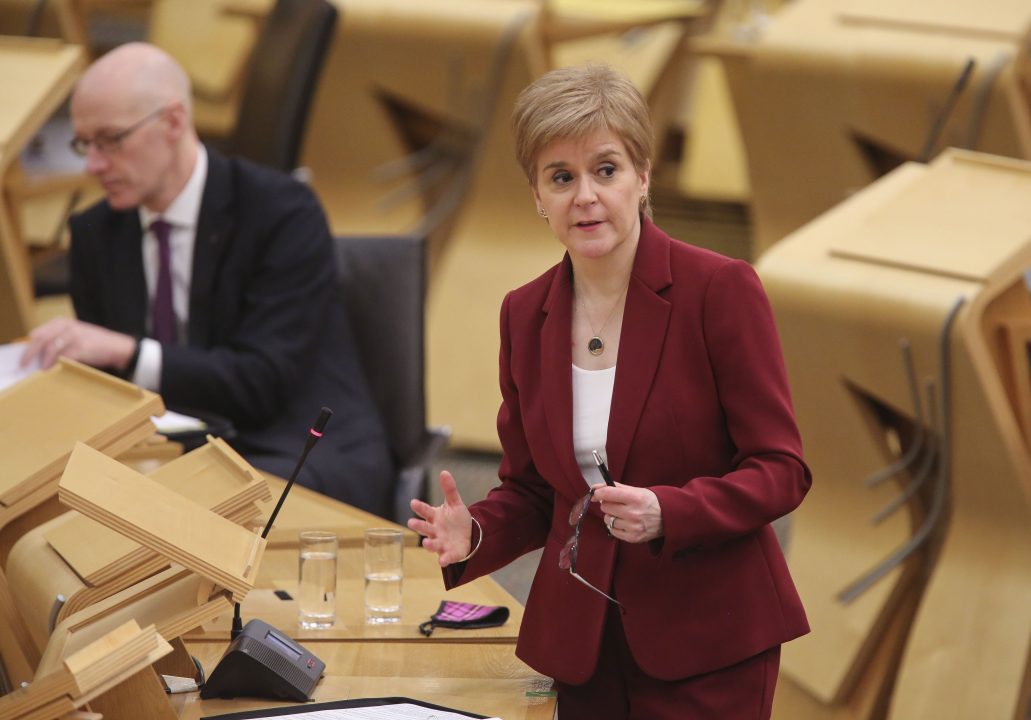 The First Minister said she cannot rule out the need for tighter restrictions than those currently in place in level four areas.

Nicola Sturgeon’s warning in the Scottish Parliament comes as she announced a new strain of coronavirus is “fast becoming” the dominant one in Scotland.

The Scottish Government will continue to assess the situation daily, as well as considering whether it will be possible to reopen schools as planned on January 18.

But Public Health Scotland analysis showed that on Tuesday, 42.8% of positive tests processed for Scotland in the Lighthouse labs had the S gene drop out that is indicative of the new strain.

Sturgeon told MSPs the new strain’s emergence as the “dominant one” was a “cause for real concern” due to it being considered far more transmissible.

She added: “As I indicated before Christmas, the severity of this challenge means we simply cannot rule out the need for restrictions that are even tighter than those in the current level four.

“We continue to assess the situation carefully indeed on a daily basis and we will keep parliament updated should any changes be required over the remainder of the festive period.”

It was also confirmed by the First Minister that the vaccine from Oxford University and AstraZeneca will be administered in Scotland from Monday, January 4.

As of Sunday, more than 92,000 people had already received their first jab of the Pfizer vaccine but Sturgeon added: “Today’s news means that more people will get their first dose of a Covid vaccine much sooner than originally anticipated.”

Another 43 people with coronavirus have died in Scotland, as the country recorded 2045 new cases – a record high daily total.

Scots were urged once again to bring in 2021 in their own homes, with just their own households, and to “be responsible” on Hogmanay.