More than £19.7m was given in tax breaks as thousands of properties left the Council Tax system.

Almost £20m of public money was lost to short-term lets through a tax loophole over a year, it has been claimed.

The figure was highlighted by Scottish Labour following a Freedom of Information (FOI) request made by the party.

It pointed to many short-term let operators registering to pay Non-Domestic Rates, rather than Council Tax.

However, few have to pay this in full, with more than 80% receiving a 100% discount through the Small Business Bonus Scheme.

In total, more than £19.7m in public money was lost to short-term lets through that loophole, Scottish Labour said.

It includes as much as £5.6m in the Highlands alone, the figures indicate.

Over the course of six years, 9,867 properties left the Council Tax system and moved on to Non-Domestic Rates.

Labour has warned that parts of the country are “buckling” under the pressure from an “explosion” of short-term lets.

The party’s housing and local government spokesman Mark Griffin said that the SNP had made “no attempt” to close the loophole.

And he pointed to the actions of Labour-led Edinburgh Council in introducing a control zone to regulate short-term lets.

“Millions of pounds a year of public money is being handed over to the likes of AirBnB, and these costs will keep piling up as long as the number of short-term lets keep spiralling,” he said.

“Parts of Scotland are buckling under pressure from this explosion in short-term lets – and communities are paying millions for the privilege.

“Edinburgh’s Labour Council are leading the way regulating the sector, but this glaring omission by the SNP means they will keep being short-changed.

“They’ve made no attempt to close this loophole and more than three years on there is still no sign of the Tourist Tax powers they promised.

“Communities need real solutions on short-term lets, but despite firing in every direction, the SNP government keep missing the mark.”

The Scottish Government has outlined the importance of regulation in addressing safety concerns, as well as balancing the needs of local communities.

A spokesperson said: “As part of the independent Barclay Review of Non-Domestic Rates the Scottish Government accepted the recommendation that self-catering accommodation should be let for a period of at least 70 days in a financial year in order to be rated as non-domestic, in addition to being available to let for 140 days or more per year. This measure came into force on April 1, 2022.

“The 2022-23 Scottish budget committed to restarting work on a visitor levy that had previously been paused at the onset of the pandemic.” 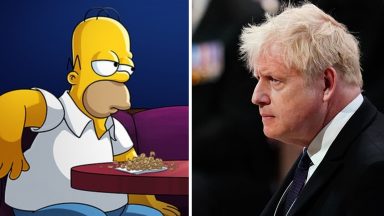