‘We’ll see you in court’: Blackford challenges PM in Commons 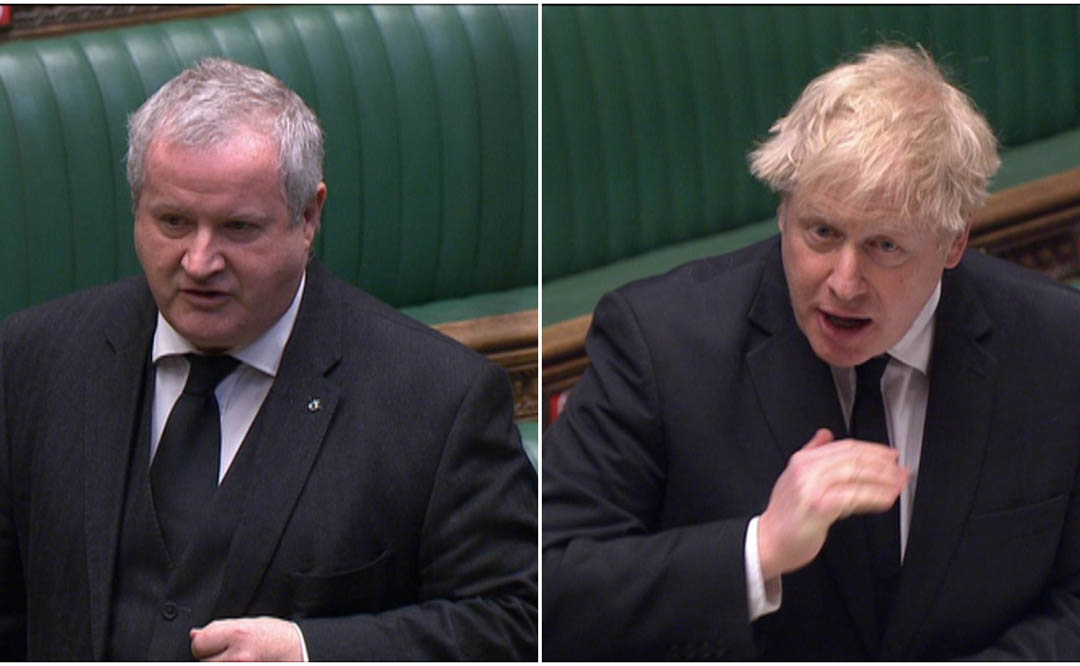 SNP Westminster Leader Ian Blackford has called on Boris Johnson to commit to withdrawing his legal challenge over two Bills passed unanimously by the Scottish Parliament, adding “if not we’ll see you in court”.

It insists the referral was not due to the substance of the Bills, but because of technical aspects which may place legal duties on UK Ministers, but First Minister Nicola Sturgeon has described the move as “morally repugnant”.

And on Wednesday, Blackford said the UK Government “wants to strip away the rights of children in Scotland”.

He said: “The Rights of the Child, an act passed by the Scottish Parliament, supported by every party and his government is taking our parliament, our government, to court.

This is a tale of two governments. We have an SNP Scottish Government, delivering the baby box, doubling the Scottish Child Payment and providing free school meals to every primary school child.

“At the same time, this Tory government is robbing children of their rights in Scotland. Quite simply, Mr Speaker, the SNP Scottish Government has, and will continue to work, to ensure Scotland is the best place for a child to grow up.

Before the passage of the Bill, Scottish secretary Alister Jack wrote to the Deputy First Minister to ask for changes to be made to the children’s Bill, which was proposed by the Scottish Government.

No changes were made to the Bill, which aims to ensure no public body in Scotland can infringe upon the rights laid out in the charter, leading to its referral to the Supreme Court on Monday.

Johnson said: “The best thing they (SNP) can do, as I say, for the rights of the child in Scotland is to improve their shameful record on education and to tackle the issues that matter to the people of Scotland. To tackle the tax regime that they’ve put in place. To do better on fighting crime and drug addiction in Scotland.

MSPs voted unanimously to incorporate the United Nations Convention on the Rights of the Child (UNCRC) in Scottish law last month.

In practice, the Bill will mean public authorities will not be able to act in a way that contravenes the UNCRC and the children and young people’s commissioner will be able to take legal action where he feels the treaty has been breached.