An open letter signed by former staff raised a number of concerns over the atmosphere fostered at the company. 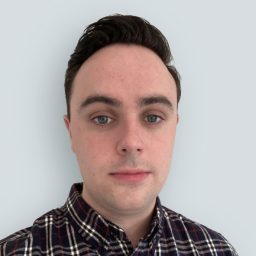 BrewDog has pledged an independent review of its “culture and people practices”, after concerns were raised by former staff.

In an open letter published online last week, Punks with Purpose, a group comprised of former employees, highlighted a series of issues at the craft beer firm, including that it had been “built on a cult of personality”.

The group also alleged the company had sought to “exploit publicity” in order to further their business goals.

In response, co-founder James Watt, who was singled out for criticism in the letter by the group, apologised to staff and promised to take action.

Watt has now said that the firm is “very close” to appointing an independent agency to conduct a review of its culture and people practices to “ensure we can make positive and inclusive change at all levels of our business”.

Writing on LinkedIn, Watt said that the findings of the review would be shared internally and externally before the end of the year, pledging that as part of that process, BrewDog would reach out to the signatories of the letter.

He wrote: “I am ultimately responsible for the culture of our business. The letter that ex-colleagues wrote to us is 100% my fault.

“To all of the signatories and to all of our team and community who were affected by the letter, I am sorry.”

As well as the independent review, Watt said that BrewDog is conducting a “full review” with each department head of team structures in the coming week, along with sending exit interviews to all leavers from the past 12 months.

Watt said: “I want to be very candid about some mistakes that I have made that have detrimentally impacted our culture.

“In the hard and fast environment of high growth, I have all too often neglected many important people elements of our business.

“Furthermore, despite surviving C-19 due to a phenomenal effort from our amazing team I had to make some very hard decisions to ensure our survival and these decisions have taken a considerable human toll on our business and had a negative impact.

“Additionally, some PR mistakes that I have made in our past have also had a detrimental impact on culture. I can promise that I will not make these mistakes again.”

He added: “I can’t possibly have all the answers at the moment but my commitment to our team is that I am going to throw my heart and soul into working with them to fix these issues.”