He was speaking on the first day of the UN climate conference COP26 being hosted in Glasgow. 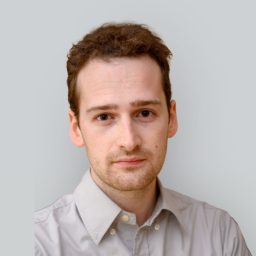 The Secretary of state for Scotland has said controversial new drilling at an oilfield off the west coast of Shetland should definitely happen.

Alister Jack said: “100% we should open the Cambo oilfield.

On the first day of the UN climate conference COP26 being hosted in Glasgow, he told the Sunday Show on the BBC that UK society still needs oil to run.

The Scotland secretary said production at Cambo was already factored into plans for cutting emissions.

On Saturday, youth delegates disrupted a speech by COP26 president Alok Sharma calling him and the UK Government “hypocrites” for opening the new oilfield.

An exploration licence for Cambo was granted in 2001 and the Oil and Gas Authority is considering whether to approve extraction of an estimated 800 million barrels of oil there.

At the TED Countdown conference in Edinburgh earlier this month, climate activists took over the stage during a panel discussion with the boss of oil giant Royal Dutch Shell.

Nicola Sturgeon gave a TED Talk in Edinburgh on Wednesday, October 13, and refused to voice opposition to the development but said licences to extract oil and gas from the North Sea to be reassessed by the UK Government given the current threat of climate change.

Previously a spokeswoman for the UK Government’s department of Business, Energy and Industrial Strategy, said: “Final consent for preparatory work at the Cambo field must first be granted by the Oil and Gas Authority. Without this consent, the work cannot commence. Ministers are not involved in this process.

“Cambo is not a new oilfield – it was licensed in 2001. Oil production from this field is already factored into our projections of future supply.

“Without a domestic source of oil and gas while we transition to a low carbon future, the UK would be even more reliant on imports from other countries.”