The national clinical director was quizzed on the latest state of affairs in the fight against Covid. 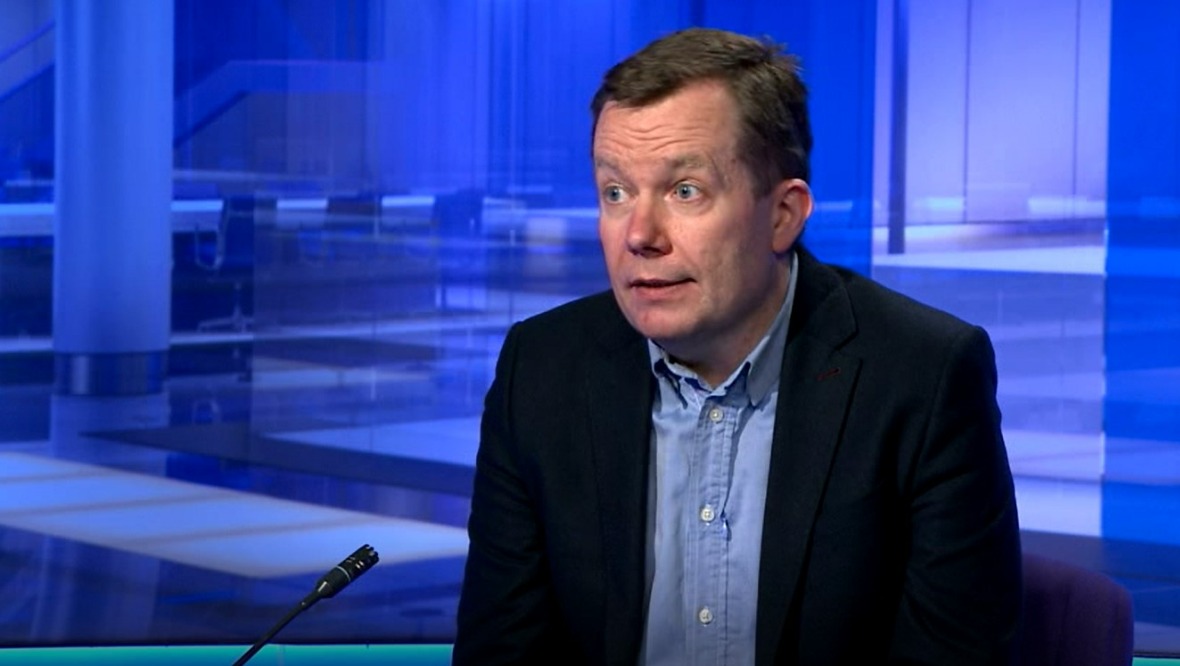 Some of the latest Covid restrictions will be lifted on Monday as large crowds return to outdoor events.

But with other curbs still in place, Scots have been warned that the pandemic remains far from over.

National clinical director Jason Leitch was on Scotland Tonight to answer your questions on restrictions, vaccines and the long-term outlook.

Q. With the reversal on outdoor restrictions after three weeks, do you believe that the Scottish Government was too quick to act when Omicron came around? Charlie from Edinburgh

A: We are pleased Omicron isn’t as severe as we first feared. You have to judge the facts you have got, you can’t guess. If you guess and you’re wrong, you’re in real trouble. Omicron does appear to be milder than Delta for serious disease, but it’s not mild. It still puts a huge amount of our population at risk, particularly those who are vulnerable.

I think the advice we gave was correct. And we’ve also been able to give new advice which says that cases appear to be decelerating outdoors better than indoors.

The difficulty here is we can’t have Jason’s favourite things open and Kenny’s favourite things open. So, each individual would have a slightly different list. I would like the movies open before the five-a-side football, Kenny would like the five-a-side opened first. We have to try to choose the things that we think are safer to open and we’ve got to do that in sequence.

The politicians get to make those final decisions, not me. We give them the risk of what each thing is. Outdoors are better than indoors. No contact is better than contact. Shorter time is better than longer time.

When crowds are allowed back at football grounds, 50% will have their vaccine passport checked. How does this prevent anyone from getting Covid as most people that I know who have recently contracted Covid have been fully vaccinated? Surely proof of a negative Covid test is more important. Louise from Falkirk

You can still get Covid vaccinated, but you’re much less likely to end up in hospital and you’re significantly less likely to die. Let’s say we go to a restaurant. Would you rather know that that room was vaccinated and negatively tested or not? You could do both, like we did for COP26 – we said vaccinated and tested. That’s one scenario, but that’s quite a lot of burden on a lot of people. So what we’ve decided to do in Scotland is vaccination or testing to have a balanced approach to protecting crowds.

When will we be able to go back to receiving GP appointments without the need for a telephone consultation first? Surely two people in a room is safer than 50,000 people at a mass gathering. James from Kirkcaldy

They have to prioritise those they see face-to-face, those who get house visits and those who get phone visits. We need to have a system where they can triage and then decide who to see and when to see them. Not everybody likes that. The days of having the slightly old-fashioned version of the doctor with the black bag who comes to your house every time you’re sick are gone.

After having a fall in early December, I now need surgery to fix ligaments. I’ve been told it might take up to six months to have it due to Covid restrictions. When will there be some normality? Tracey

We’ve got to get Covid down, but we haven’t stopped doing elective surgery. We’ve stopped doing some of it, but I’ve got a lot of colleagues who are still working away and going as fast as they can.

Has there ever been evidence of a causal relationship between vaccine passports and reduced transmissions? Also, if Covid passports weren’t sufficient to prevent restrictions on hospitality and outdoor settings over the past three weeks, why would they be now or in future? Tony from Glasgow

Evidence suggests that if you have a vaccinated or tested room, it is just safer than an unvaccinated, untested room. I think everybody would agree with that, whether it’s your own home, or whether it’s the nightclub up the road.

My wife, who has MS, had a bad reaction to her second jag. I decided not to have the booster vaccine because of what happened to her, but now I’m worried about being criminalised as a result. We are not anti-vaxxers, but we are concerned. What would your advice be? Andrew from Rutherglen

My first piece of advice is that he shouldn’t base his vaccination experience on his wife. He should get vaccinated, he will not have that same reaction, almost certainly, so he should go to a drop-in centre or make an appointment and discuss it with the vaccinator. They will answer any questions you have. They won’t suddenly inject you without permission. They will talk about it.

It was a very unusual reaction, but that again should be discussed with a vaccinator or a clinical team. If she’s got MS, she probably has a clinical team looking after her, so she should talk to that clinical team about it. Nobody is criminalised for not having the vaccine.

Shouldn’t we offer vaccines to the 5-11 age group? Millions of kids around the world have received it and it’s very safe. Why can’t we have that choice here in the UK? Lee in Glasgow

As soon as we get a paediatric version of the vaccine, which we’re hoping to get in the next few weeks, we’ll start to do those two groups. They haven’t said yet they have enough data to vaccinate all 5-11 year olds. When they say ‘yes’, we’re ready. We will absolutely do that.

My six-year-old daughter has celiac disease and should be offered a vaccine dose. I’d like to know when she and other vulnerable 5-11 year olds will receive that vaccine? Simon from Lenzie

Everyone around me, my work mates in a care home and my family, seems to have caught the virus – and I haven’t. It’s baffling me why I haven’t caught it? David from Uddingston

It’s completely random. He may well have had it because a third of people are asymptomatic, that’s why we’re all testing all the time because you don’t know.

Pretty much everybody in my life who has had it has phoned me and said ‘I don’t know where I got this disease, it’s a big surprise’. Everybody gets a surprise when they get a positive test. He may well have had it in his past.

I’m 48 and tested positive on Hogmanay. I’ve been at home feeling unwell for two weeks. Will I have any immunity to Covid going forward and, if yes, for how long? Also, I think I should still continue to exercise caution when mixing with others, regardless of the fact I’ve had Covid. Am I right? Karen from Paisley

Karen’s been listening to the advice and is absolute right that she should still be careful. Natural immunity and vaccine immunity both work together. But immunity is a very complex bit of science.

Think of it like a dimmer switch on your wall. Immunity turns up and turns down. It goes down over time, and it goes up with vaccine and boosters. And it also goes up if you happen to catch the disease. But that’s not how we want you to get immune because there’s a big risk in catching the disease.

I’m regarded as clinically extremely vulnerable as I’m immunosuppressed. I’ve had three doses of Covid vaccination and the booster. How confident are you that I am safe from infection? Can I go to concerts for example? Noel from Aberdeen

It’s so hard to give individual advice, so the fundamental answer is – he is protected as can be. He’s followed all the instructions. He’s had his primary dose of vaccine, which for the very vulnerable is three doses. He’s then had his booster, which is his fourth dose. So his dimmer switch, his immunity dimmer switch, is as high as we can get it.

There’s lots of speculation around ‘having to live with Covid’. What will this look like for Scotland and when can we expect it to happen? Jordon from Aberdeen

Life be won’t be the same as it was pre-Covid. The latest estimates suggest 17 million people have died worldwide. This is an astonishing moment for the world and for Scotland, so we’re not going to wake up on a Tuesday morning and say ‘that’s all over, we can just move on’. We’re going to have to adapt to the next version of Covid.