Celtic boss Ange Postecoglou was impressed by the first appearances from his new signings and said he was always confident they could make a strong impression.

Daizen Maeda and Reo Hatate both started in the 2-0 win over Hibernian, with Yosuke Ideguchi introduced from the bench.

Maeda made an instant impact with a goal in the fourth minute, while Hatate was named as man of the match after an energetic performance in midfield. Ideguchi showed his quality after coming on in the second half and Postecoglou was more than content with how the players adapted to their new surroundings.

“I thought it was a good game to just expose both the lads and Yusuke later on to see what it’s like to play for this football club,” the Celtic boss said. “Especially at home against a good opponent it’s one you’ve got to be ready for and up for and I thought all three acquitted themselves well.”

Celtic announced the signing of all three players at the end of December and they joined up with their new teammates during the winter break. Postecoglou said that everything was in place to help them succeed and he had no qualms about how they would perform when given an early opportunity to impress.

“You don’t know but I was fairly confident,” he said. “I obviously know Daezen really well and even with Reo and Yusuke, who I think people will see as we play more, I knew they would settle in quickly.

“The environment’s good at the club. The boys who are here have embraced them and the coaching staff are working really hard just to get as much information into them.

“It’s a good start. I thought it was a good opportunity tonight to give them that experience at home and to get them to see and feel what it’s like to play for this football club.

“I’m sure they’ll come out of it encouraged by what they did but also knowing they can do more.”

Reflecting on the game overall, where Maeda’s early opener was followed by Josip Juranovic’s penalty and Celtic were comfortable winners, Postecoglou saw a lot to like.

“The whole performance was positive for us,” he said. “It’s obviously the first game after the break and we started the game really well. I thought we did that with good energy and tempo early on and we got our goals.

“I thought we should maybe have got a couple more and were a bit wasteful in front of goal but it was really positive.

“In the second half we weren’t as dominant in terms of creating chances but I still felt like we were in control of the game and as a game against a difficult opponent it was pleasing.”

Hibernian boss Shaun Maloney said their were elements of his team’s performance that left him “really pleased”.

“I can take a lot from it,” he said. “Start with the mentality – to go 2-0 down and still play the way we did. I’m really pleased with that.

“”Some of our play in the first couple of thirds was really good. Moving forward, we have to use that to create more chances. At that final bit we had to be more aggressive and take those one-on-ones.

“When Celtic pressed, I don’t think any team has done that to them domestically in actually keeping the ball of them for that length of time.” 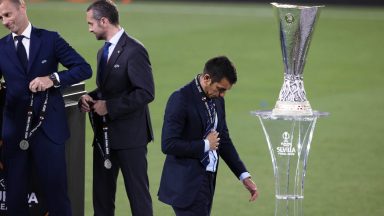 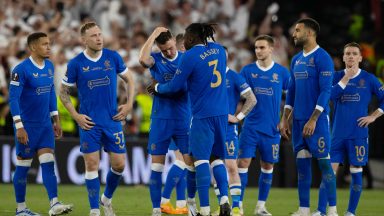 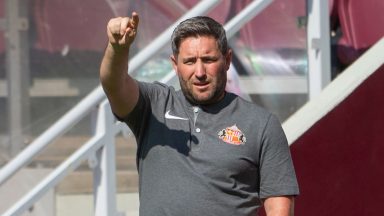 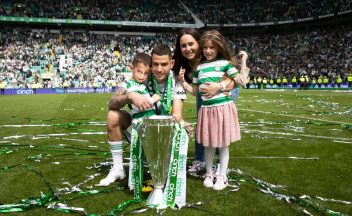 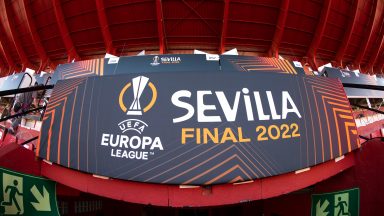