The Glasgow site is under consideration to give the NHS extra capacity to treat coronavirus patients. 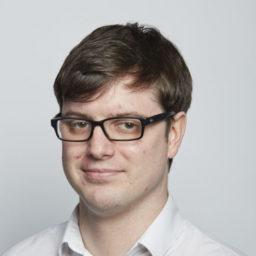 The armed forces are assessing Glasgow’s SEC as a potential site for a temporary hospital to help tackle the coronavirus outbreak.

A spokesman for the military confirmed Army officials had been meeting with the Scottish Government and NHS Scotland on Thursday about launching such a site.

They were assessing the Scottish Event Campus (SEC), based on the Clyde, as a “potential for an NHS facility run by NHS Scotland” with military assistance.

The site includes the SEC centre, the SEC Armadillo and the SSE Hydro, although it is not clear if officials are considering using the entire campus.

First Minister Nicola Sturgeon said on Scotland Tonight: “We are exploring the option of an additional temporary hospital, similar to what was announced yesterday in the ExCel Centre in London.”

She continued: “We’d been exploring the option of the Exhibition Centre in Glasgow as a possible venue for that, so that’s under active consideration to make sure that – should we need it – we have the extra capacity we need.

“But that would be on top of the beds that we already want to add to our existing hospitals.”

It comes after Scotland’s chief medical officer Dr Catherine Calderwood said there had been “detailed discussions very recently” about establishing a site to allow extra NHS capacity for coronavirus patients in Scotland.

A total of 894 people have been diagnosed with the virus in Scotland, with 25 deaths and 57 people currently in intensive care.

However, the chief medical officer warned earlier on Thursday the true number of infections in Scotland is likely to be between 40,000 and 50,000.

The discussions with the military follows plans by the NHS in London to use the ExCeL Centre to treat up to 4000 people.