Workers have been told they no longer have a job due to the furlough scheme coming to an end. 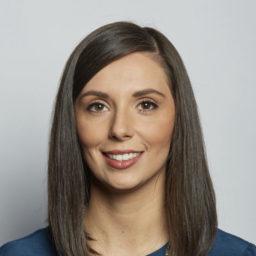 Hundreds of staff working in hospitality roles at the Scottish Event Campus (SEC) in Glasgow have been told they no longer have a job.

They received an email from Levy UK, the onsite food and drink partners at the SEC, to say they are being removed from the UK Government’s furlough scheme in early September.

The job retention scheme is being reduced month-by-month, with more input required from employers, before it comes to a stop at the end of October.

A spokesperson for Levy UK said: “The sports and leisure sector has been one of the most deeply impacted sectors as a result of the Covid-19 pandemic.

“We have worked closely with (the) Scottish Event Campus to review the likelihood of a return of exhibitions and conferences at SEC.

“With no catered events taking place, or scheduled to do so for the foreseeable future, it is with deep regret that we have had to take the difficult decision to remove our casual workers from the furlough scheme and make redundancies.

“This is not a decision we have taken lightly, and we have worked hard to retain and redeploy colleagues where possible. We will provide appropriate support for employees who are leaving.”

The SEC is normally hosts concerts, pantomimes and conferences.

But in recent months it has been home to the NHS Louisa Jordan, a temporary hospital set up for coronavirus patients.

Bryan Simpson, Industrial Organiser at Unite Hospitality, said: “The way in which Levy Restaurants have treated their staff at Scottish Events Campus is nothing short of disgraceful.

“There is an alternative to mass redundancy available till at least 31st October in the Job Retention Scheme.

“Instead Levy are looking to terminate all core and casual staff in the next few weeks because from September they will be expected to contribute a measly 10% towards their wages.

“Casual workers aren’t even going to be consulted. They have simply sent them a letter informing them that they will be removed from the furlough scheme in two weeks.”