‘It’s a shambles’: Campaigners hit out as venues closed during COP26

It had been hoped the climate conference would offer the chance to showcase Glasgow on the world's stage. 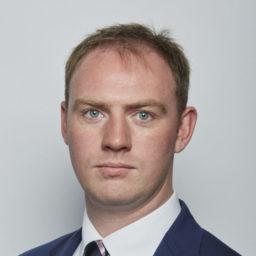 Campaigners have hit out at the decision to close some of Glasgow’s top attractions during COP26, branding the move “a shambles”.

The conference will kick off in the city from October 31, with world leaders expected to descend on Glasgow to discuss the ongoing climate crisis.

Some had hoped the conference would be an opportunity for the city to showcase it’s heritage through venues such as Kelvingrove Museum and Galleries.

However campaigners have blasted the decision to close the sites during the two week conference as a missed opportunity.

“A few months ago we were told this is a great chance to show off our city, now we’re being told the whole city has to close in order for this event to go ahead.

“In terms of the citizens of Glasgow, we’ve been let down, our museums are closing and our roads are closing in order to facilitate COP26.

“It’s clear to me that Glasgow is not a suitable city to hold an event like this. We’ve over-bid ourselves”.

Kelvin Hall will close next weekend ahead of the start of the event, but will open again once proceedings get underway.

Kelvingrove Museum and Galleries will close throughout the conference, as well as Glasgow’s Gallery of Modern Art.

The Riverside Museum and Transport Museum are within the conference’s blue zone, and therefore there will be no access throughout the two week event.

Meanwhile essential maintenance at the People’s Palace will see the venue continue to be closed to the public.

Glasgow Life, who run the venues, said in a statement: “In supporting the delivery of COP26 activity, a small number of Glasgow Life venues will be closed to the public, either for part of, or the duration of the conference.

“Across the wider venues we have reopened [following lockdown], it is our intention to minimise disruption and operate business as usual as far as possible.”

All spaces are expected to reopen following COP26 on or by November 15.