Campaigners wants to restore old track through Bridge of Weir. 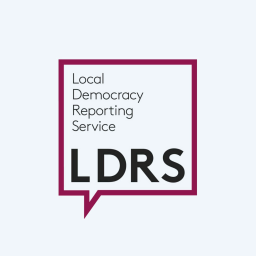 A controversial housing development that villagers feel could destroy hopes of reviving a railway through Bridge of Weir has been recommended for approval.

Glasgow-based L&S Homes applied more than two years ago to build 39 houses on the site of Beaton Brothers Coal Merchants in Station Road.

The area used to be home to the village’s train station but this was closed in 1983 amid a major restructure of the railway system.

In recent years, fresh calls to restore the line have come from the likes of councillors, community groups and think tanks.

But many believe the latest proposals for a housing development could end any prospect of that happening.

Renfrewshire planning chiefs have now recommended councillors give the development the green light next week but they will be forced to consider strong objections from a variety of bodies.

L&S Homes plans to erect a mixture of terraced, semi-detached and detached properties with gardens, parking and recreation space.

There would be 95 parking spaces – two at each home and 17 visitor spots – and it is proposed to weave the existing cycle route through the site.

Bridge of Weir Community Council, Inverclyde Council and the Paisley and Gryffe Transport Forum have all opposed the plans for fear they would negate any possibility of a future rail link, which also used to run to Kilmacolm and Elderslie.

The community council has additionally said having the cycle path meandering through a residential development would stop people using it while some members fear inadequate space at nearby schools and the loss of the “valuable” coal merchants.

Many of these concerns are shared in 550 representations that have been submitted to planning officers.

In a report to the planning board, head of economy and development Alasdair Morrison said reopening the rail line would prove challenging.

He added the development would boost the cycle route’s visibility.

“It is considered this site and many others along the line of the previous rail track would be required in order to achieve the re-opening of this route,” said Mr Morrison.

“This would prove challenging in engineering and environmental terms to re-open the line and provide the necessary infrastructure along the length of the
route.

“This route is not protected as a future rail route in the Local Development Plan.

“The incorporation of the cycle path increases the visibility of National Cycle Route (NCR) 75 at this location, linking the site to the wider NCR network.

“The re-aligned route through the development would provide a good surface with views over the open countryside.

“It is considered the proposal would create a quality residential development on a brownfield site on the edge of Bridge of Weir within an area allocated for residential purposes in the Local Development Plan.”

A final call on the blueprint is set to be made by Renfrewshire Council’s planning board on Tuesday, October 26.