The actor, 90, reached the final frontier on Wednesday.

Star Trek’s William Shatner described becoming the oldest person in space as “the most profound experience I can imagine” after blasting off from the Texas desert in a rocket built by Jeff Bezos’s company.

The actor, 90, reached the final frontier on Wednesday, delighting the millions of sci-fi fans who know him as Captain James T Kirk of the USS Enterprise.

Billionaire Amazon founder Mr Bezos was behind Shatner’s trip to the stars through his Blue Origin space travel company.

Shatner and three other passengers lifted off in the fully automated, 60ft tall New Shepard rocket from Van Horn, west Texas, slightly later than planned in order to give experts more time to monitor winds in the area.

According to a live stream of the historic event, Shatner and his fellow passengers reached an altitude of roughly 350,000ft and a velocity of about 2000mph.

The actor and those on board experienced weightlessness as they reached the fringes of space.

After a trip lasting about ten minutes, the capsule fell back to Earth with the aid of a parachute.

Shatner was the second passenger to step out of the capsule and was embraced by a delighted Bezos.

The actor, who became emotional while speaking to the billionaire, said: “Everyone in the world needs to do this.”

Shatner said he was shocked by the difference in the blue sky of Earth and the vast blackness of space, adding: “It was so moving to me. This experience has been unbelievable.”

He appeared stunned in his conversation with Bezos, admitting he was taken aback by how quickly he reached space.

“In a way it’s indescribable,” he said.

Shatner added it was “the most profound experience I can imagine”.

He said: “I am so filled with emotion about what just happened, it’s extraordinary. Extraordinary. I hope I never recover from this. I hope I can maintain what I feel now. I don’t want to lose it. It’s so much larger than me.”

Further trying to explain the experience to Bezos, Shatner said: “It has to do with the enormity and the quickness and the suddenness of life and death.”

Bezos pinned a badge on the passengers to signify they had been to space.

Shatner and his crewmates, dressed in their striking blue flight suits, rang a silver bell before being strapped into the capsule, with Mr Bezos closing the door behind them.

They were not required to wear helmets, with Blue Origin saying it wanted its passengers to have an unencumbered view of space.

Shatner is best known for playing the indomitable Captain Kirk in the Star Trek franchise.

He appeared in the original TV series in the 1960s and later starred in a series of films and remains inextricably tied to the character in the public imagination.

Shatner is now the oldest person to ever travel to space, breaking the record set in July by 82-year-old Wally Funk.

Before launch, messages from those onboard Blue Origin’s first flight were read out.

Ms Funk told the new crew to savour the day and said: “I hope this flight will be the most fantastic experience of your life as it was mine.”

The company did not reveal the cost of tickets, though Shatner travelled for free.

Prior to the launch, he tweeted: “I do not know what I may appear to the world, but to myself I seem to have been only like a boy playing on the seashore, diverting myself in now & then finding a smoother pebble or a prettier shell than ordinary, whilst the great ocean of truth lay all undiscovered before me.”

During the livestream of the historic event, Blue Origin stressed the safety of the launch after the company’s culture had been criticised by current and former employees in an online essay.

Shatner’s blasting off is the latest development in the space tourism boom.

Richard Branson, 71, launched into space on one of his Virgin Atlantic rocketships in July and was followed nine days later by Bezos, 57.

In September, Elon Musk’s SpaceX launched its first private flight, though its charismatic founder did not join the four passengers into orbit. 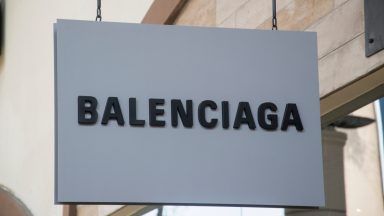 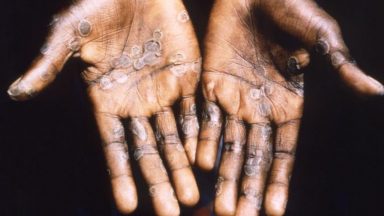 Monkeypox to be renamed by health experts ‘because of racism’ 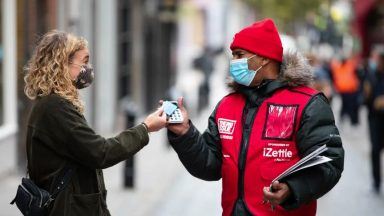 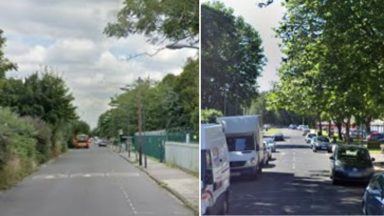 Murders of two teenagers stabbed a mile apart are 'linked'